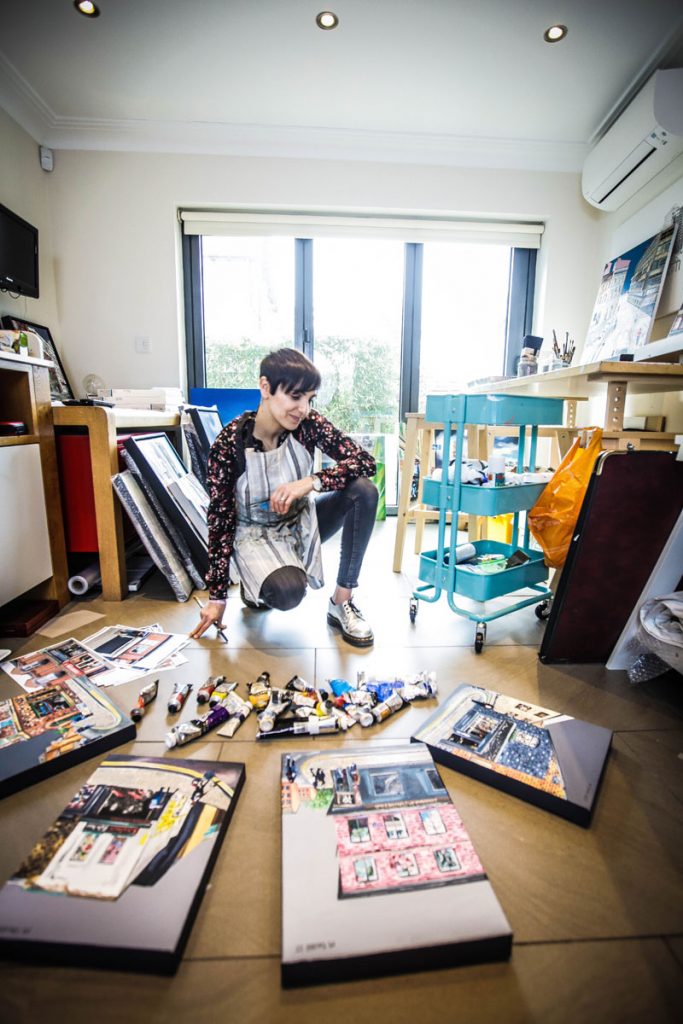 Michelle Taube completed a degree in illustration at Manchester Metropolitan in 2004, where she specialised in watercolour painting. She then made the decision to go into teaching and spent several years working in schools and colleges, whilst at the same time producing and selling her own artwork.

Michelle became well-known for her watercolour paintings, often street scenes, and their recognisable ‘washy’ style. It was one of these works that won her IJAYA Young Artist of the Year in 2007, giving her the opportunity to exhibit at Christie’s Auction House in London.

Over the years Michelle’s work has evolved and changed significantly. She continued to be interested and influenced by her own environment and started to experiment to new materials and techniques. Her processes involve the layering oil paints, which is combined with collage and photography, allowing for a decorative effect.

Michelle builds her imagery on personal experiences and her unique style has proved extremely popular over the years, particularly the football collection. Her new work has become more architectural, although still has a strong emphasis on colour and pattern. For Michelle, creating Art is a joyous experience and her love and enthusiasm resonates in all her paintings.

She is now working on several new projects and taking on commissions.